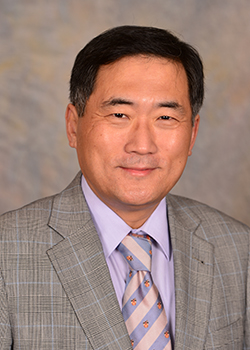 Dr. Ahn is a professor in the Department of Finance and Management Science and Associate Dean for International Programs at the Carson College of Business at Washington State University, where he has been a faculty member since 1989. He earned his Ph.D. in Statistics from the University of Wisconsin-Madison in 1987. He is an elected Fellow of the American Statistical Association since 2009. His primary research and teaching interests include the modeling and forecasting of time series data, especially in business and economics. He has numerous research papers published in the Journal of the American Statistical Association, Biometrika, Journal of Time Series Analysis, Journal of Econometrics, and Oxford Bulletin of Economics and Statistics, among others. He has served on the editorial board of the Journal of Statistical Computation and Simulation, Econometrics and Statistics, Review of Applied Economics, International Economics and Finance Journal, and Communications for Statistical Applications and Methods. He served as a Fulbright Senior Specialist between 2002 and 2006 and served as a Fernand Braudel Senior Fellow of the European University Institute from February to May 2011. He served as chair of the Department of Management and Operations from 2006 to 2010. He also served as president of the Korean Statisticians in America from 1993 to 1995 and from 1998 to 2000.